The following is a report from the IDF blog, which described a massive civil defense and military drill that included an elementary school along the southern border with Gaza on Wednesday.

After being woken up at 2 A.M by sirens, the Gaza Regional Brigade, together with the IAF and Navy, trained for a doomsday scenario along the Gaza border.

It was so realistic, it could have been mistaken for the real thing. IDF soldiers dressed as Hamas terrorists rode on motorcycles, army vehicles drove through the scene, and the sounds of bombs exploding filled the air. In an active war room, officers monitored the field.

The forces simultaneously trained for multiple extreme scenarios. In one, Hamas terrorists riding motorcycles emerged from terror tunnels and raced towards an Israeli community, only to be stopped after a high speed chase. In another, Hamas naval commandos swam to Israeli shores. The forces also had to fend off aerial and ground attacks.

The IDF operated efficiently and cooperated with the local security forces to save civilian lives. Forces were called to action and responded within minutes – disarming terror cells and sending forces to hotspots.

In a defensive portion of the exercise, IDF forces evacuated a school filled with children under the threat of shooting kidnapping and even bombing. The IDF secured the premises while local forces evacuated the children to safety.

These scenarios are not fictitious. In the past, Hamas has used underground tunnels to infiltrate Israeli communities and attempted attacks against Israeli civilians and soldiers alike.

During Operation Protective Edge, five Hamas naval commandos attempted to infiltrate Israel via sea to carry out a terror attack.

While this was just a drill, the reality is that many Israeli communities are located just hundreds of feet from the Gaza border. Hamas terrorists can be in their neighborhoods, schools and homes within minutes. This is why the IDF constantly trains for any scenario, from counter terror to underground warfare.

As for the children, they enjoyed an afternoon at the park on a school day. 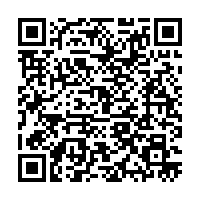