IKEA is investigating how its online advertisement banner came to be placed on a Swedish anti-Semitic blog, a spokesperson for the furniture giant said. IKEA has two stores in Israel.

Aftonbladet found ads for several companies, including IKEA and Western Union, on a Swedish blog called the “Gothic team,” which features anti-Semitic and other racist texts. It recently featured an interview with a leader of a Swedish Nazi movement. In another article, Jewish-Swedish journalist Anita Goldman is described as “a super Jewess” who promotes “ideas that will benefit the Jewish elite clan’s own purposes and achievements” with “ethno-centric chauvinism that shines like the cold steel of a camp guard.”


“We have stopped all advertising for this package pending an investigation into what happened,” Sara Paulsson, a press officer for the Swedish home design and furniture giant told the local daily Aftonbladet on Saturday.

Paulsson said the company purchased “advertisement packages” from a third party, which provides placement. The ads for IKEA and the other companies have been removed from the blog. 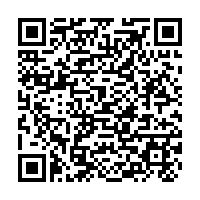