Secretary of Defense Chuck Hagel toed the official Obama administration line Sunday in his first visit to Israel in his new post, repeating the mantra” Israel has the right to defend itself.”

If anyone wants to interpret that as just a banal and superfluous statement, he made it clear that he is not ignorant of the danger to Israel of an Iranian nuclear weapon. He told reporters en route to Israel that a multi-billion dollar arms deal with Israel sends “another very clear signal to Iran,” although he did not note that Iran so far has not understood “signals.”

As is de rigueur for a maiden official visit to Issue, Hagel dutifully visited the Yad VaShem Holocaust Memorial Museum and Center, where he not so profoundly declared of the Holocaust, “It is reality. It happened.”

The Washington Post on Sunday called his visit a “charm offensive” to dispel the unusually vocal and often acid criticism of him before the Senate agreed to accept his nomination as Secretary of Defense.

For a man who once said the “Jewish lobby intimidates a lot of people up here,” Hagel so far has done a good job of showing how much he really loves the Tribe. If he doesn’t love Jews, at least he needs us.

Then again, the United States also needs the Arabs.

Whether that need is for security or for the military-industrial complex in the United States is another question. Whatever the answer, the fact is his trip is aimed at sealing multi-billion dollar agreement for buying weapons not only with Israel but also with Saudi Arabia and the United Arab Emirates.

Click here to understand if Israel really needs or can afford the weapons.

Behind the words of love and money for a possible war, Hagel does not hide a basic disagreement between the United States and Israel – the timing of a military strike on Iran, if necessary.

He insist negotiations, which so far have been a bad act, sanctions can alter Iran’s nuclear plans. Sanctions have definitely had an impact on Iran’s economy but not on its race for a nuclear weapon, which, according to the Ahmadinejad regime, exists only in the wild imagination of the Zionist enemy.

By the time Hagel returns to Washington, Israel, Saudi Arabia and the UAE are expected to have signed up for to buy enough F-16 fighter jets and advanced missiles that can be launched from the air to scare the dickens out of any normal country that threaten others.

The Obama administration is still trying to hope that Iran will be a normal country. 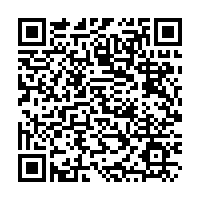