There is much suspense in the political arena in anticipation of a decision by Ehud Olmert and Tzipi Livni as to whether they will run in the upcoming elections. However, according to a poll publicized by Maariv, it seems that the two former Kadima party leaders pose no threat to Benjamin Netanyahu’s political future. Nevertheless, another poll, published in Haaretz, shows that a full 28% of the public feel that Livni is the candidate best suited to serve as prime minister.

The Kadima party is applying a lot of pressure to Ehud Olmert to return and head the party. They also hope that Livni will return, in order to chip away at Prime Minister Benjamin Netanyahu’s strong position. It appears, however, that the public is largely unimpressed by their wishes.


A poll conducted by TNS Telephone Surveys and published in Maariv shows that a party headed by either of the two (Olmert or Livni) would get only 10 mandates, as opposed to 29 mandates that would go to the Likud party led by Netanyahu. The poll even predicted that in its present condition, with Shaul Mofaz at the helm, the Kadima party would net only a measly 3 Knesset seats—down from 28 in the previous elections.

Still, Tzipi Livni remains the best candidate to run against Netanyahu for prime minister – even better than Olmert. A poll conducted by the Dialogue Institute and published in Haaetz shows that the public thinks that Netanyahu is the best candidate for prime minister and that he has the support of between 57 and 62 percent of the voters. Livni is in second place. According to the poll, 28% showed support for Livni, while 24% felt that Olmert would be the best candidate. The poll showed Labor leader Shelly Yachimovich with 17%, Shaul Mofaz with 16%, and Ehud Barak with 15%.

According to the poll in Maariv, support is growing for Yair Lapid’s new political party. The poll shows the party with 17 mandates in the upcoming elections and this is even before the party has published its full candidate slate.

In the event of Olmert’s return to the political arena and to the Kadima party leadership, Lapid’s stand will be weakened. In this scenario, the poll predicts that Yesh Atid (Lapid’s party) will receive only 13 mandates in the upcoming elections. 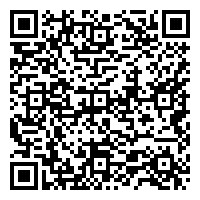