Israel’s Tax Authority employees have been on an “Italian” slowdown strike, Globes reported on Sunday, citing a CFO who said all tax withholding and VAT payments have been frozen. He was told by TA staff: “We’re on sanctions.” According to other reports, the TA has not been approving real estate deals for some time, and tax collections are being delayed as well.

Seeing as the tax year is about to end, many fear that taxes withheld in 2016 but not transferred to the TA may not count towards their 2016 reports, but be applied instead to 2017, which could cause hardships to small businesses, to the point of endangering their very existence. “There’s no one to talk with,” the CFO told Globes.


President of the Institute of Certified Public Accountants, CPA Izhar Kanne, has sent a letter to Finance Minister Moshe Kahlon, warning that the log-term sanctions at he TA “cause mortal injury to the business and economic activities of the country’s citizens and inflict enormous damage on the national economy.”

According to Kanne, the sanctions are hurting the ongoing work of Israeli businesses with businesses abroad, as the absence of TA approval, payments from Israeli businesses and academic institutions to these providers are delayed, which could have dire consequences, especially to academic institutions. He also pointed out that thousands of young couples are unable to purchase their first home because the TA has not been issuing to them the necessary forms.

Eventually, Kanne predicted, “the routine work of Israeli CPOs will be damaged, resulting in a situation where unjust fines would be imposed on their clients, while the state treasury would be hurting as well.”

Talks between the union and the Finance Ministry will resume Sunday, according to Calcalist, and on Monday there will be a meeting with Shai Babad, Director of the Ministry of Finance. The TA employees have been clear: “The sanctions will be further increased if they don’t negotiate with us to raise workers’ salaries soon – the TA will be frozen completely.”

The only TA operation that continues to run smoothly with no interruptions is providing compensations to victims of the recent wave of fires. Otherwise, critical damages will ensue both to Israel’s economy and to individuals and businesses. Vadim Evenstein, Income Tax Employees’ Committee Chairman, told Globes that the past four weeks’ sanctions suspended, among other things, all assessment discussions, which have a Dec. 31 statutory limit, meaning that come Jan. 1 2017, they would be lost to the state. “In just one assessment department we have files worth one billion shekel,” he warned.

The employees blame the Finance Ministry for being entrenched in its refusal to discuss raises. Meanwhile, the same employees point out, Israeli banks have given as much as $400 a month in raises to their employees who are on a par with TA employees. “Our workers have degrees in accounting and other degrees, yet they receive the lowest wages – the highest academic status [in the civil service] with the lowest pay,” Evenstein told Globes. “Is it any wonder our most gifted workers leave after three or four years, having gained knowledge and experience?” 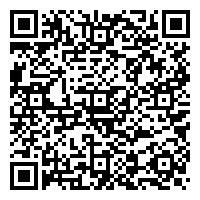