Under the plan, businesses that prove an annual revenue loss of at least 35% in January-February 2022 compared to the same months in 2019 (before the pandemic began) will be eligible to receive up to NIS 600,000 ($185,000). The package will also include hiring incentives and a property tax exemption, among other benefits. Only businesses with annual revenue of up to 60 million shekels ($18.5 millions) will be eligible.

“The implementation of this outline without bureaucracy will allow for the delivery of help and oxygen to businesses that were significantly hurt,” said Lieberman.

(It should be noted that this is a less generous package than those provided in earlier waves of the pandemic, which granted aid to businesses with annual revenue cycle losses of 25% and up. However, the country’s economic situation was different then; the Israeli economy during the current, Omicron wave is far less restricted than it was during earlier waves.)

“The revenues from value-added tax in February were around 8.5 billion shekels [$262.6 million], an increase of more than 27% compared to February 2019, the year before the outbreak of the pandemic,” said Lieberman. “The economy is doing well, and we should keep doing what we’re doing.”

Owners of banquet and event halls, whose businesses were the hardest hit by the pandemic, welcomed the outline but voiced reservations.

“The proposed compensation is important, but it’s only a band-aid, and the industry’s specific problems need to be addressed and additional compensation mechanisms have to be examined for its rehabilitation,” said Aviram Alon, the director of the Association of Owners of Banquet and Event Halls. 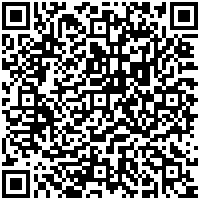