Martin Indyk, former U.S. Ambassador to Israel and another ex-Middle East “Peace Process” huckster, spent part of the Yom Kippur Day of Atonement grumping over Israel’s not laying down as a doormat for the Obama administration.

His comments were reported by the Washington Free Beacon, which said it obtained an audio of Indyk’s remarks made at a conservative synagogue on the fast day.

Setting aside the fact the recording on Yom Kippur violates Jewish law, and not digging too deep into the sin of speaking evil of Israel, Indyk’s remarks say a lot about the pitiful intellectual level of American liberal Jews.

The Netanyahu government has total “disrespect” for the Obama administration, he said.

“The U.S.-Israel relationship is critical, is essential to Israel’s survival, and the relationship is in trouble, according Indyk, who once “joked” that he made aliyah to Washington to save Israel.

He also told fellow Jews that American support for Israel “is the bedrock that Israel has always relied on … and I worry that bedrock is crumbling.”

Israel right-wing leaders, he sermonized in his informal conversation, “manifests itself with right-wing politicians standing up excoriating our leaders, who are trying to do their best for Israel.”

Indyk, Kerry, the Clintons, Obama, Rice – the whole bunch of them – just don’t understand how Israel can be such an ingrate to the American government’s knowing what is best for Israel.

That attitude is encouraged by the liberal Jewish establishment that Indyk represents.

On Yom Kippur, Jews, for the asking, are forgiven for their sins against God, but the holiday does not atone Jews for sins committed against fellow Jews. Each one has to do the work himself.

It is a given that Indyk would not ask forgiveness from fellow Jews, the ones who do not consider that Israel’s raison d’etre is to allow American Jews not to feel uncomfortable about being Jewish by virtue of a strong Jewish state.

It is not a given that Indyk cannot even take one day of rest from the liberal Jewish theme that Israel was created to be the embodiment of the American melting pot, a country that can be called “Jewish” in name but which in practice should be ”Israeli,” wrapped up in the flag and felafel.

God, of course, is out of the question because the same liberals want church, the synagogue and mosques separate from the State of Israel.

They want Israel to be their key for social status among non-Jews who seek Israel being accepted by Arabs by their standards so they continue to feel comfortable that Israel is a charity case and so they can comfortably ignore growing anti-Semitism in the United States of America.

Indyk is the epitome of the liberal American Jew who sees his existence as a Jew dependent on Israel’s being a “yes man” for the American president, whether Republican or Democrat.

He is fraught over the end of the “peace process,” which made America’s liberal Jews so proud to be Jews when they pledge to buy Israeli bonds on Yom Kippur. Whether or not Indyk bought bonds, he has not forgiven for Israel for ruining the liberal American dream of expelling Jews from Judea and Samaria and half of Jerusalem.

Not surprisingly, a healthy number, if not a majority, of those Jews are Orthodox.

The liberal Jewish establishment does not forgive Israel for not letting a corrupt and racist avowedly anti-Semitic Palestinian Authority to take charge.

Indyk, according to the Free Beacon report, also criticized the Obama for “fueling perceptions that the United States is withdrawing from the region, a view that he said is the result of both the Bush administration’s intervention in Iraq and Obama’s withdrawal from Iraq and Afghanistan. “That perception is the reason for the Obama’s not having credibility in Ramallah and in Jerusalem.” 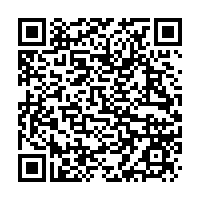