In a college-wide vote, Princeton university undergraduates voted against a resolution to divest funds from Israeli companies or certain companies that are used in Israel. The ballot closed on April 22, and the results were announced on Friday, April 26.

The proposal on which the students voted asked whether the Princeton University trustees should be called on to divest from “multinational corporations that maintain the infrastructure of the Israeli occupation of the West Bank, facilitate Israel’s and Egypt’s collective punishment of Palestinian civilians in the West Bank and Gaza Strip, or facilitate state repression against Palestinians by Israeli, Egyptian, and Palestinian Authority security.”

According to Princeton’s internal regulations, any referendum can be included in the student government elections if a sponsor obtains 200 signatures on a petition.

There are no guidelines or standards for the content of a referendum. Accordingly, for those who are not independently knowledgeable, any student who believes in justice and human rights would be inclined to vote in favor of the ballot question.

Who – especially amongst U.S. college students – would fail to oppose repression or collective punishment?

Even given the biased language, the vote was close, and nearly 39 percent of the student body voted.

An active pro-Israel student at Princeton, Hannelora Everett, spoke with JewishPress.com about the atmosphere on campus, and how she and others worked to help defeat the divestment referendum.

Everett is a Princeton sophomore who hails from Westchester, New York. She has spent quite a bit of time in Israel, including trips with her Solomon Schechter school and with Princeton Chabad. Everett lived in Israel one summer on a study program, and spent another summer in Israel working at a nongovernmental organization (NGO).

When Everett first arrived at Princeton she found the atmosphere regarding the Middle East disturbing.

“I realized students were turning Israel into a polarizing, conservative-liberal political issue,” and she decided to become involved in Israel activism on campus.

Through her engagement with the issue, Everett assumed a leadership role in several organizations focused on improving the understanding of the Arab-Israeli conflict amongst Princeton students. She was involved in the David Project, in Tigers for Israel (of which she is now president) and works with other student groups to promote common interests.

Although student proposals to urge their universities’ trustees to divest from certain holdings in or utilized by Israel have taken place elsewhere – at the University of Michigan and Cornell University, to name just two – the vote at Princeton is amongst the first time the student body as a whole voted on such a proposal. A divestment referendum was also defeated at San Diego State University earlier this month.

All other times that divestment from Israel proposals were voted on at universities, it has been the school’s student government which has taken up the issue.

The divestment coalition said the opportunity to have the student body at large discuss the Arab-Israeli conflict was the motivation for choosing this format. Also, previous efforts at divestment had failed, so a new strategy was sought.

Everett told the JewishPress.com that the low bar requirement of only 200 petition signatures to permit a student body referendum undoubtedly made this an attractive option.

EGYPT AND PA MENTIONED AS WRONG-DOERS

Another unusual aspect of the Princeton ballot question was that both Egypt and the Palestinian Authority are mentioned as fellow wrong-doers, along with Israel, for engaging in “collective punishment”  against and/or “repression” of Palestinian Arabs.

It is ironic that this expansion of blame reveals who it is that the Princeton pro-divestment students are most protective: Hamas.

But as Everett pointed out, although the ballot question also condemned Egypt and the PA, “their campaign focused almost exclusively on Israel.” 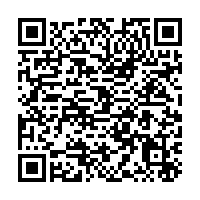