If you’re an American citizen, and are used to antiquated things like the Constitution and the Bill of Rights, you may start thinking that the story on your screen is taking place in Saudi Arabia, or some other a-democratic feudal society. So I want to reassure you that it’s taking place in Israel, where the box cover declares a democracy, but the inside is Bolshevik through and through.

Israeli Interior Minister Gideom Sa’ar is expected to disseminate next week a memorandum of law that would make it possible for a committee appointed by the Interior Ministry to suspend for a year the heads of municipalities facing serious criminal charges, Israel Radio reports.

According to the memorandum, should the accused survive his or her trial, they could return to their elected office.

The appointed committee, comprised, presumably, of civil servants, employees of the Interior Ministry, will be empowered to extend the suspensions should the accused mayor’s trial not be over.

The memorandum is based on a bill proposed by Labor MK Moshe Mizrachi earlier this year, supported by pillars of democracy like MK Dov Lipman of Yeash Atid and MK Eliezer Stern of the Tzipi Livni Movement.

The three authors of the bill wrote: “In light of the current judicial situation, a legal void exists regarding a situation in which criminal charges have been issued against a serving municipal head.”

The “legal void” those three democrats are referring to is the archaic principle of “Innocent until proven guilty.” Apparently, that idea gets in the way of good government, which will hence be defined as “government not yet charged with a crime.”

What you see here is a blatant attempt on the part of these three MKs, Interior Minister Sa’ar and the band of clerks collecting a paycheck at the Interior Ministry, to subvert the will of the voters and to make for them better choices than they, the voters, could have made with their limited intelligence and very busy lives.

I would venture that such a law could be planted anywhere in the Iranian legal system and blend right in. There is no difference, in principle, between Minister Gideon Sa’ar picking the most fitting candidate for a given municipality – and the Supreme Leader dropping Ahmadinejad and choosing Rouhani. In both cases, there is no real play for the will of the voter.

According to the law today, a mayor must resign his post only after he or she have been convicted for a crime that “bears shame.” Such a crime, incidentally, is entirely up to the taste and preference of the presiding judge, and can stretch from embezzling to blocking an intersection during a demonstration.

Also, according to the law as it stands today, the elected city council may decide to impeach a sitting mayor for improper behavior.

Our Supreme Court, which is more Alice in Wonderland red Queen’s court any given day, recently decided that the decision by the city councils of Natzrat Illit and Ramat Hasharon not to impeach their respective mayors despite the fact that said mayors had been charged with crimes – is unacceptable.

You’re getting this? The law says the city council must use its judgment whether or not to impeach its mayor over the fact that there are charges pending against him or her – but the Supreme Court sees that exercise as having to result only one way: in impeachment. Nothing else will do.

These people won’t recognize a democracy if it landed in their shrimp cocktail and caused the shpritzed juice to spell out Habeas Corpus on their white tablecloth.

Nevertheless, the high court did not decide against the criminally charged mayors’ right to run for office again – and they both ran and they both won, by hefty margins.

The court wrote in its decision: “It is a well known judicial principal that as long as a person has not been convicted, he is considered innocent (Pheew, they are familiar with the concept!). However, we must be more severe in our treatment of elected officials, and as soon as they have been charged they must suspend themselves immediately.”

I believe this is the precise definition of tyranny: an appointed government prosecutor decides to charge an elected mayor – and that, by itself, regardless of the chances of the charges to be proven, the mere fact that the clerk sent papers to the court saying the mayor is accused of a crime – that should subvert, at once, the will of the people.

Sa’ar’s Numbers a Little Better than Feiglin’s Against Netanyahu, But He’s Essential to Immunity Vote 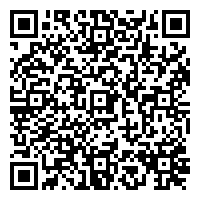