The son of a popular Haredi MK was interrogated for many hours by police on suspicion of his involvement in the conspiracy to steal the Beit Shemesh elections, Kikar Hashabbat reported Tuesday.

According to police sources speaking to Kikar Hashabbat, one of the suspects in the Beit Shemesh fraud conspiracy drove a car belonging to a Chassidic newspaper, allegedly Hamevaser, and in use by the MK’s son.


Hamevaser is owned by MK Meir Porush, who established it with his father, Menachem Porush.

Earlier, police had announced that the Beit Shemesh investigation has been handed to the Lahav 433 unit, the “Israeli FBI.” A gag order has been imposed on reporting details of the investigation, which means police are making progress.

The list of suspects who were brought before the court—most of whom were sent home pending the investigation—includes Avraham Iber, Shlomo Wolf, Avraham Weinberg, Shimon Zeidel, Yitzhak Moshe Rosenfeld, Ahran Londer and Avraham Biller. All of them are being accused of using another person’s ID card to secure an illegal vote.

According to attorney Yair Golan who represents the suspects, police does not have sufficient evidence against his clients, and as investigators have not been able to add evidence on top of what had been presented at the arraignment, “the judge decided there was a large gap between the severity of the charges per se and the evidence presented before the court.”

During the municipal election day, a large force of police and special police raided two apartments on Or Sameach Street, in the Haredi section of Beit Shemesh, following a tip on the use of forged ID cards. Some 200 ID cards were discovered, most likely belonging to Israelis who live abroad. Police is convinced the cards were intended for us in illegal voting.

The difference between the Shas winner, Moshe Abutbul, and the Jewish Home loser, Eli Cohen, is a little over 900 votes, and it is possible that the investigation would show that the real gap, in strictly legal votes, is much smaller. 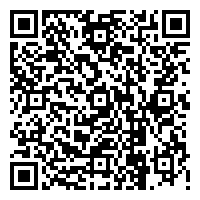