Iran is involved in hectic attempts to lower the insurance costs for its oil shipments, and, apparently these attempts are working.


Seyyed Ataollah Sadr, managing director of Iran’s Ports and Maritime Organization, said last July that Iran would give insurance to “any foreign ship that enters Iran’s waters” but did not elaborate on how the scheme would work in practice.

The consortium providing the insurance to these rogue shipments includes domestic insurance firm Kish P&I, itself underwritten by Central Insurance of Iran, and Razi Insurance Company, which in August was reported by the Fars News Agency (FNA) as “ready to join the consortium of domestic companies in this field.”

According to various sources, Kish, which is the Iranian national insurance company, has already begun to independently insures all vessels leaving Iranian ports, replacing insurance service by European companies, which was stopped on July 1, when the European Union sanctions on the Iranian oil industry went into effect.

Now, as a result of self-insuring, the premium for transporting oil to Japan dropped from $3.17 a barrel in July to $2.00 in August.

In addition, carriers belonging to the National Iranian Tanker Company, (NITC), began independently transporting oil to countries in the Far East in order to help them avoid the sanctions. The NITC frequently uses small, private Iranian shipping companies flying foreign flags. Coverage provided by the Kish Company for the fleet of tankers has amounted to $1 billion.

Turkey’s imports of Iranian crude oil have jumped in August, ignoring possible friction with the U.S., after hitting a multi-year low in July, using Iranian-owned tankers.

Kish uses a secondary guarantor, the Central Bank of Iran.

The U.S. and European countries are aware of the latest developments, and have begun to demand penalties for Asian countries attempting to avoid the sanctions. Many analysts predict, however, that the U.S. is not planning to enforce the sanctions with real, tough measures against countries like Japan or China.

The U.S. has also given several countries sanction waivers after they cut imports prior to the imposition of the full embargo. Turkey was granted a 180-day exception from sanctions from June 11 as a result of an initial 20 percent cut in July, according to Tehran Times.

With the elections approaching, the last thing President Obama wants is to get into complications with those two countries, or with South Korea. Analysts add that the U.S. economy is benefiting from the Asian markets’ clandestine oil imports from Iran.

But all hope is not lost – it turns out Iran’s biggest enemy is its own inefficiency. A research study conducted by Reuters last Week revealed China’s lack of satisfaction with the timing of the Iranian oil deliveries, which used to take 48 hours and now takes up to 10 days.

But the Kish insurance policies do not cover instances of late delivery; and an unhappy China is pressuring Iran to improve service or improve the compensation system. 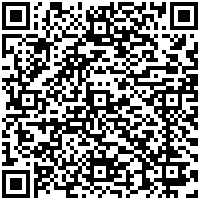