An Iranian court has convicted Washington Post reporter Jason Rezaiain for espionage, the regime’s ISNA news agency reported, but details of the verdict were not released.

Rezaiain has 20 days to appeal the verdict, but that is irrelevant in the Islamic Republic’s system, where everything is controlled and manipulated by the regime leaders.


He was arrested in July 2014 along with his wife, who later was released. The journalist allegedly turned over confidential information to President Barack Obama.

It’s increasingly clear that the final decision about how Jason’s case will be handled will be made by political authorities, not by judicial ones.

Iranian officials have dropped hints that the journalist could be released, possibly along with other American prisoners, in exchange for Iranian prisoners being held in the United States.

The two most prominent American prisoners being held in Iran are Christian pastor Saeed Abedini and Amir Hekmati, a former U.S. Marine Corps sergeant. A third American is former FBI agent and contractor for the CIA Robert Levinson, who was arrested in 2007. It is not known if he is alive.

Iran will negotiate a prisoner swap the same way it dealt with the Obama administration and other Western powers on the nuclear agreement, which still has not been finalized by Tehran.

It will release information on the Razaiain’s verdict drop by drop, if at all, and might even try to exploit his incarceration for more concessions on the nuclear deal before concluding a prisoner swap. 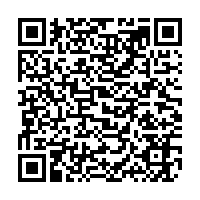