Iranian president Hassan Rouhani on Sunday mocked both major party presidential candidates in the US elections, criticizing their behavior during their recent debates. “Did you see the debate and the way of their speaking, accusing and mocking each other?” Rouhani asked an audience in the city of Arak, in a speech that was broadcast on national TV. He added contemptuously, “Do we want such a democracy in our country? Do we want such elections in our country?”

Iran’s own presidential election will take place in May 2017, and Rouhani is likely to run for a second term. Any Iranian citizen born in Iran, who believes in God and Islam, who has always been loyal to the Constitution and is above 21 years of age may register as a presidential candidate. The Election Monitoring Agency (EMA), which is managed by the Guardian Council vets registered candidates and decides who may run (36,000 candidates signed up to run in 2009). No women have ever been approved by the EMA. It is doubtful either Donald Trump or Hillary Clinton would have been approved, even if they had agreed to embrace Islam…


The minimum voting age in Iran is 15.

“You see the United States that claims it has had democracy for more than 200 years,” Rouhani said, encouraging his audience to “look at the country, what the situation is where morality has no place.”

Rouhani said that last September, when he attended the UN General Assembly in New York, he was asked which of the candidates he preferred, and answered, “Should I prefer bad to worse or worse to bad?”

Iranian state TV broadcast two complete debates between Trump and Clinton and has been closely following the campaign, using the candidates’ statements as fodder for anti-US observations. They were particularly unhappy with candidate Trump’s declaration in September, after Iranian naval vessels repeatedly shifted close to American warships in a harassing and unsafe manner, that when “they circle our beautiful destroyers with their little boats, and they make gestures at our people, that they shouldn’t be allowed to make, they will be shot out of the water.” 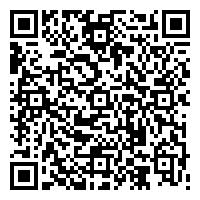