Iran has given U.S. Congressmen the perfect reason to oppose the nuclear deal by saying that the Iranian parliament should not make it a legal obligation for the Islamic Republic.

Iranian President Hassan Rouhani told a news conference Saturday that the deal is only a political understanding, and he urged parliament not to vote on it so that it does not become a legal obligation.

President Hassan Rouhani underlined that Joint Comprehensive of Action (JCPOA) does not need the Majlis (Iranian parliament) approval for its implementation.

‘Under the Iranian Constitution, a treaty has to be submitted for approval or disapproval to the Parliament if it has been signed by the president or a representative of his,’ President Rouhani said, addressing a press conference in Tehran on Saturday.

‘That is not the case about the Iran-Group 5+1 nuclear agreement or the JCPOA,’ the Iranian president added.

Rouhani emphasized that parliamentary approval of the JCPOA would mean that he has to sign it, “an extra legal commitment that the administration has already avoided,” according to IRNA.

Why should we place an unnecessary legal restriction on the Iranian people?

President Barack Obama needs only four more Democratic senators to back the bill in order to prevent a veto-proof majority if Congress rejects the agreement.

If the agreement is approved, the United States will be obligated to honor it unless it can catch Iran cheating, a process that could involved months or even a year.

On the other side of the ocean, Rouhani has made it clear that the deal has no legal standing in Iran. 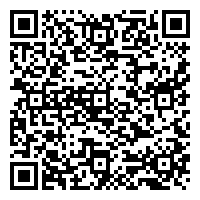