Iraq says its troops may have eliminated Da’esh (ISIS) terrorist chief Abu Bakr al-Baghdadi this weekend in an air raid near the Syrian border, as Turkish leaders blame the terror group for a suicide bombing in the capital city of Ankara.

“The Iraqi air force carried out a heroic operation targeting the convoy of the criminal terrorist Abu Bakr al-Baghdadi,” said a joint statement issued by the “war media cell” of the Iraqi security forces.

“His health status is unknown.”

The joint operation was conducted in concert with Iraqi intelligence services and military advisers from the U.S.-led coalition.

The statement added that Iraqi aircraft struck the ISIS leader’s convoy as it was “moving towards Karabla to attend a meeting of the Da’esh terrorist leaders.”

Karabla is located along the Euphrates River, about three miles (five kilometers) from the Syrian border.

The so-called “war media cell” is comprised of Iraq’s interior and defense ministries in addition to its paramilitary Popular Mobilization forces.

If true, this will not be the first time that al-Baghdadi has been wounded in the “line of duty.”

The Da’esh head terrorist was also allegedly wounded in a March air strike by the U.S.-led coalition while in the al-Ba’ajah district of Nineveh, also near the Syrian border.

Nearly a year ago, in November 2014, al-Baghdadi was reportedly wounded by a U.S. air strike near Mosul as well. Iraqi Defense Minister Khaled al-Abadi claimed at the time that al-Baghdadi’s deputy died in the attack.

Da’esh (ISIS) has been named by Turkey as having been responsible for Saturday’s twin suicide bombings in the city of Ankara which left 97 dead and more than 400 wounded.

The bombing has been called the deadliest attack in Turkey in recent memory.

Approximately 14,000 people were in the area at the time of the blasts, which targeted a peace rally involving the pro-Kurdish People’s Democratic Party (HDP).

The midday protest called for an end to renewed clashes between the Kurdish separatist PKK terror organization and the Turkish government.

Prime Minister Ahmet Davutoglu said in a televised address it was believed that two suicide bombers had carried out the attack, which comes three weeks before national elections.

No group has officially claimed responsibility for the carnage. 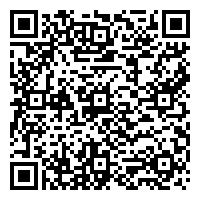