According to a new video released by the barbaric terrorist organization ISIS, the group has beheaded 26 year-old American aid worker and Iraq war veteran Peter Kassig.

The video was posted on social media on Sunday, Nov. 16. The video was not immediately verified, nor was Kassig definitively identified. The video shows several men being beheaded. The voiceover, however, claims that Kassig was one of those executed.


Kassig, who converted to Islam while in captivity, changed his name to Abdul-Rahman Kassig.

Initially deployed to the Middle East as a U.S. Army Ranger in 2007, Kassig was honorably discharged for medical reasons and returned to the States. But his experience seemed to have changed him dramatically. He married and quickly divorced, and began studies in political science at Butler University, in Indianapolis.

But Kassig was haunted by the differences he felt between himself and the young Americans with whom he attended college. He went to Lebanon, and then founded Special Emergency Response and Assistance, a nongovernmental organization to aid Syrians fleeing the civil war in their country.

In a 2012 interview, Kassig said:”The way I saw it, I didn’t have a choice. This is what I was put here to do. I guess I am just a hopeless romantic, and I am an idealist, and I believe in hopeless causes.”

In 2012 Kassig went to deliver food and medical supplies outside of and within Syria. He later moved his base of operations to the Turkish border.  On October 1, 2013 he was captured by terrorists and soon thereafter, converted to Islam.

In June, Kassig’s parents received a letter from their son. They decided to release parts of it after their son was shown in an ISIS video which indicated he would be the next hostage executed.

Their son’s words were released as part of a message on Twitter:

I am obviously pretty scared to die, but the hardest part is the not knowing, wondering, hoping and wondering if I should even hope at all. I am very sad that all this has happened and for what all of you back home are going through. If I do die, I figure that at least you and I can seek refuge and comfort in knowing that I went out as a result of trying to alleviate suffering and helping those in need.

In terms of my faith, I pray every day and I am not angry about my situation in that sense. I am in a dogmatically complicated situation here, but I am at peace with my belief.

I wish this paper would go on forever and never run out and I could just keep talking to you. Just that I am with you. Every stream, ever lake, every field and river. In the woods and in the hills, in all the places you showed me. I love you.

Last month, on Oct. 4, at the end of an ISIS video showing the beheading of British aid worker Alan Henning, Kassig was shown in an orange jumpsuit. ISIS said they would behead him next.

At the time, U.S. President Barack Obama vowed he and the U.S. led coalition would bring those responsible to justice.

“Standing together with a broad coalition of allies and partners, we will continue taking decisive action to degrade and ultimately destroy ISIL,” the president said in a statement.

Kassig’s parents released a video two weeks ago, begging for mercy for their son.

The Folly of Taking Chances for Peace 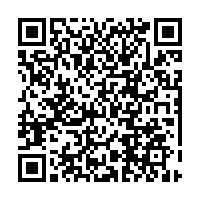