Islamic State terrorist chief Abu Bakr al-Baghdadi was reportedly rushed to a hospital in Syria after being “seriously hurt,” according to a report posted by the UK-based Daily Star.

He hasn’t been seen in weeks.


It’s not the first time the head of the terrorist group, known variously as ISIS or Da’esh, has been alleged to be “badly wounded” in a Western-backed air strike.

This time, there were two.

The first was a U.S.-led coalition air strike that rained missiles down on the town of Al-Ba’aj, in northern Iraq, last month, an attack that allegedly led to al-Bagdhadi’s near-demise.

But according to reports quoted from TV station al-Hura, al-Baghdadi and “other senior members” of the terrorist group were injured in a separate air strike last week by Iraqi forces while conducting a meeting with senior commanders in Iraq.

The Iraqi Falcon Intelligence Cell had nailed down the location of the terror chief in Anbar province and ordered the strike – but could not later confirm his injuries, Iraqi News reported.

In either case, the terrorist chief’s only public appearance has been from a mosque in Mosul last month. With a $25 million bounty on his head, al-Baghdadi has been living pretty much as Hezbollah’s terrorist chief Hassan Nasrallah has learned to do since the 2006 Second Lebanon War, staying safely in an underground bunker. 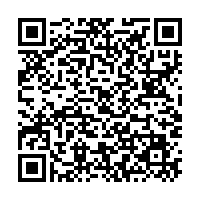