The Islamic State in Iraq and Syria – Daesh, as it is known in the Middle East – ISIS or ISIL, as it is known elsewhere around the world, is taking aim at the founder of Twitter, Jack Dorsey, and his employees.

The social media networking site has been shutting down ISIS-related accounts, where the group has been posting up to 90,000 hate messages a day, infuriating the terrorists.


The site blocked any user identified as being associated with ISIS, in concert with its terms of service which explicitly ban “direct, specific threats of violence against others.”

YouTube also has been proactive in shutting down ISIS-related Twitter accounts with the assistance of the counter-terror Internet referral unit in Britain.

In response, the group threatened in an Arabic-language post uploaded to the “JustPaste.it” image-sharing site, “your virtual war on us will cause a real war on you.” Dorsey and his employees have “become a target for the soldiers of the Caliphate and supporters scattered among your midst!” Daesh warned. The post went on to rant, “You started this failed war … We told you from the beginning it’s not your war, but you didn’t get it and kept closing our accounts on Twitter, but we always come back. But when our lions come and take your breath, you will never come back to life.”

By the way – as an extra bit of comfort for those Twitter employees living or working in the United States – it may help to know that James Clapper, director of National Intelligence, says Americans who have traveled to fight with terrorists in Syria and then returned are “not a threat” to the U.S.

Clapper made the remark Monday while speaking at an event at the Council on Foreign Relations in New York.

All those who have returned so far have been quiet, he said.

“We’ve since found they went for humanitarian purposes or some other reasons that don’t relate to plotting… In fact at this point, we’re not aware of any of these people who have returned who are engaged in plotting” an attack,” he went on.

“If they come back and they are not involved in plotting – don’t have a nefarious purpose – then that’s their right and privilege as an American citizen to come back,” Clapper added,” according to The Hill. 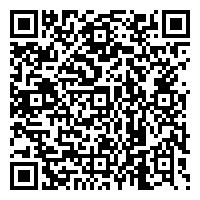