Palestinian Authority rock-throwing terrorists wounded a baby near the community of Maaleh Levunah in Samaria Tuesday might. Her father, who was behind the wheel, continued driving, and the baby was treated at Hadassah Hospital on Mount Scopus for light injuries.

Another motorist was pelted with rocks near Tekoa, in eastern Gush Etzion, after he stopped his car because of an accident.


Near Tekoa, a soldier was treated on the spot for light inquires after being by hit rocks.

A soldier was treated at Hadassah Ein Kerem Hospital afar suffering light injuries from rock-throwing at Kalandia, near Ramallah.

Terrorists attacked a vehicle with a firebomb near Neguhot, south of Hebron, but no injuries or damage was reported. Further south, several vehicles sustained damage from rocks at the Zif junction, near the city of Yatta, on Highway 60 between Kiryat Arba-Hebron and Arad. The area has been relatively quiet for months until the latest escalation of violence.

Near the Tapuach Junction in Samaria, Border Police foiled a stabbing attack. They grabbed a terrorist when he refused to obey orders to stop for inspection. He dropped a knife, and officers found a second knife in his possession.

At Har Adar, near the security fence, Border Police shot and wounded an Arab in the leg during a riot near the rear entrance to the community.

Palestinian Authority media reported that 129 Arabs were injured in clashes on Tuesday, but the numbers usually are exaggerated and often include people who were hurt in home and work accidents. A spokesman for the Red Crescent told the Ma’an News Agency that soldiers wounded eight rioters with live fire and 23 others with rubber bullets,

It added that the Palestinian Authority “has warned that “attacks by Israeli soldiers and settlers indicate the Israeli government is deliberately creating a situation of violence and instability that threatens to spiral out of control.”
, 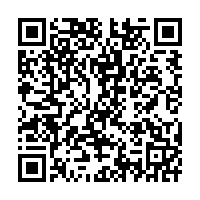