Dozens of Arabs, the ones who are full-fledged Israelis complete with citizenship, greeted Yitzchak Herzog and Tzipi Livni Saturday with catcalls, slurs, Palestinian Authority flags and fights when the duo visited the area of Wadi Ara, a hotbed of Islamic Movement radicals.

Protesters called the new faction, a merger of Livni’s HaTnua and the Labor parties, “radical right-wingers” with “blood on their hands.”


Bujie and Tzipi are tied up in the age-old bleeding heart philosophy that if you simply show the Arabs you really aren’t so Jewish and Zionist, they will hug and kiss you without a knife in the back.

The demonstrators on Saturday southeast of Haifa were more honest than that. Herzog and Livni’s “Zionist Camp” gimmick is the last thing that is going to convince Arabs who openly want a “one-state” solution that they can be partners for peaceful co-existence so long as there is a Jewish government.

There were many Arab supporters for Herzog and Livni during Saturday’s campaign stop, but they and the “Members of the Homeland” protesters literally fought with each other, leading to six arrests.

“We do not want anyone from the Zionist Union to come here. They are accomplices to murders against the Palestinian nation,” one protester said, according to Yediot Acharonot.

The Arab  parties have merged in the campaign to make sure no smaller faction will be left out of the Knesset. Arab leaders smell a chance to increase their numbers in the Knesset and are in the midst of full-scale campaign to encourage Arabs to change their habit of not voting in national elections.

There are 10 Knesset Members from the two Arab parties and one Jewish-Arab party. Polls indicate they will have 12 or 13 MKs after the votes are counted next month.

If the polls are more or less correct, the only way Herzog and Livni can form a government is if the Arab or Haredim join the coalition. Neither scenario is likely to happen.

There is a limit to how far the Arabs can pretend to be Zionists. As for the Haredim, Shas leader Aryeh Deri said he won’t join a government with Yair Lapid’s Yesh Atid party.

With all of these enemies within the leftist camp, who are their friends? 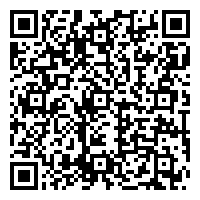