Israel has condemned the deadly bombing that took place Sunday morning at the main Coptic Christian church in Cairo.

The Prime Minister’s Office issued a statement condemning the “reprehensible terrorist attack” and saying the Jewish nation “shares in the grief of the families of the victims and of the Egyptian people.


“We must unite forces and fight terrorism together,” Prime Minister Benjamin Netanyahu said in the statement.

Egyptian President Abdel Fattah el-Sisi declared a three-day mourning period in the wake of the bombing which killed 25 people and wounded 35 others at St. Mark’s Cathedral.

The deadly attack was the second to strike the Egyptian capital in as many days; on Friday, six police officers were killed in a terror attack claimed by a group with suspected ties to the outlawed Muslim Brotherhood. 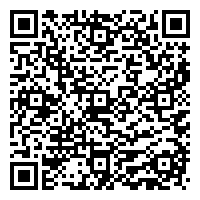