Israel has sent Russia 500 million predatory insects as part of its assistance in developing an independent Russian agriculture.

Following the European boycott on Russian produce as a result of the Russian invasion of Crimea, Russian agriculture was abruptly cut off from its traditional economic base, and so the state is investing great efforts in developing and sustaining the local agriculture — which is where Israel’s superior agricultural know-how comes into the picture. Israeli companies are now working to construct hothouses for Russian farmers, and consult them on utilizing innovative methods, including using natural, non-toxic methods to get rid of pests.

BioBee Biological Systems, in Kibbutz Sde Eliyahu, just south of Beit She’an in northern Israel, is a unique company which breeds and implements beneficial insects and mites (swirskii, phytoseiulus persimilis) for agricultural purposes. These have proven priceless in pest control in tomatoes, cucumbers and roses.

BioBee also sent Russian farmers its home-grown bumblebees for pollination, without which there is no horticulture.

Part of the collaboration involves experiments being carried out by BioBee in using bumblebees to pollinate cherry orchards in Crimea. The company expects that should the trials prove a success this would open new markets for Israel in pollinating cherry trees around the world.

Crop pollination by insects has been estimated at $14.6 billion to the US economy, for instance, but bee diversity has declined considerably in the US and Europe, with many species disappearing from much of their former range, and some species going extinct. The UK alone has lost three species of native bumblebee, and six more are listed as endangered. Four bumblebee species have gone extinct from Europe, and similar declines are seen in China.

Chinese agricultural publications have described falling and increasingly unpredictable yields of insect-pollinated crops, particularly in the areas with the most intensive farming. Where crops are grown in vast fields, there are not enough insects to go around. And where insecticides are sprayed frequently, those vital little pollinators cannot survive.

Israeli innovation offers a viable solution to a major problem plaguing world agriculture, combining non-toxic pest control in a growing number of crops, with a complementary plan to revitalize the bumblebee hives around the world. 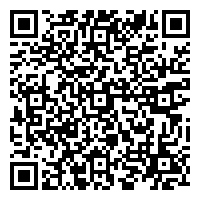