An Israeli Navy patrol sank a suspected smuggler boat that was heading for the Gaza coastline in the wee hours of Saturday, according to the IDF.

The vessel was alleged to be a fishing boat, but it was packed with sacks as it approached the Gaza shore from the direction of Egypt.


Israeli Navy officers warned to vessel to stop, and the patrol also fired warning shots in the air as well as into the water to divert the boat.

As it continued on course, Israeli Navy forces noticed the crew on the vessel throwing the contents of the boat overboard, and then the crew dove into the sea after the packages.

The vessel continued on course, and the Navy patrol opened fire and sank it. The question remains as to whether the smugglers managed to regain their packages underwater and swim with them to safety.

Both Israel and Egypt have maintained a naval blockade of coastal Gaza in order prevent smuggling of weaponry, ordnance and other contraband.

Arab media quoted the IDF last week as saying the Israel Navy had decided to permit expansion of the permitted fishing zone “south of Wadi Gaza (south of Gaza City) from six to nine nautical mines” in advance of the coming fishing season. The IDF Coordinator of Government Activities in the Territories (COGAT) estimates such a decision could increase the Gaza economy by NIS 4,000, AFP reported. 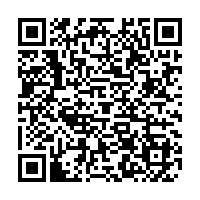