The White House website has censored a comment made by French President Francois Hollande that “Islamist terrorism” is at the “roots of terrorism,” MRC TV reported.

WhiteHouse.gov and the White House YouTube page pulled the video of a press event on terrorism with Presidents Obama and Hollande, and when the same video appeared again, the audio of Hollande’s translator had been cut, beginning with the words “Islamist terrorism,” then came on again at the end of his sentence.


The audio of Hollande saying the words “Islamist terrorism” in French has also been edited.

According to the official White House transcript of Hollande’s remarks, Hollande refers to “Islamist terrorism.” The French president’s text in the transcript goes:

“We are also making sure that between Europe and the United States there can be a very high level coordination.

“But we’re also well aware that the roots of terrorism —

(This part follows the brief silence on the video) And we note that Daesh (ISIS) is losing ground thanks to the strikes we’ve been able to launch with the coalition.”

After MRC TV made a huge deal out of the Obama team’s censorship, the White House issued the following statement:

“A technical issue with the audio during the recording of President Hollande’s remarks led to a brief drop in the audio recording of the English interpretation. As soon as this was brought to our attention, we posted an updated video online here with the complete audio, which is consistent with the written transcript we released yesterday.” 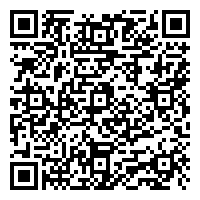