Forest fires and other blazes around the State of Israel continued to burn Tuesday night, with hundreds of firefighting teams and aircraft engaged in keeping the flames at bay.

Police Commissioner Roni Alsheikh told reporters Tuesday evening that at least two more days would be required to bring the series of brush and forest fires under control, given the unseasonable hot, dry weather conditions, combined with the high winds that made it difficult to control the spread of the flames.


Late Tuesday night, at least four fires were still burning out of control in Zichron Yaakov, Kiryat Gat, Gush Etzion and the Western Galilee. More than 200 homes in Zichron Yaakov, south of Haifa had all been evacuated due to the fires. At least 19 people were treated for smoke inhalation, and three were hospitalized at Hillel Yaffe Medical Center in Hadera. Twelve homes were destroyed, and another eight homes were damaged.

Health officials advised the residents of Zichron Yaakov who returned to their homes to remain indoors with windows closed, in order to avoid inhaling smoke. In several areas, the electricity was still disconnected as an extra precaution.

In the small community of Dolev in the Binyamin region, firefighters finally managed to get the blaze under control at about 11 pm Tuesday night, but residents had not yet been allowed to return to their homes, due to the thick smoke still emanating from the site.

Residents in the Gush Etzion community of Geva’ot also faced a risk when fires broke out in nearby forest early Tuesday afternoon. Although no evacuation orders were issued, Firefighters were engaged in battling those blazes for most of the afternoon.

Fires were also reported near Kfar Vradim, and in the western Galilee, about 10 kilometers east of Nahariya, near the Lebanese border. A blaze also broke out near the Haifa suburb of Nesher, and in Hadera, south of the port city, earlier in the day.

The fires followed another blaze overnight between Monday and Tuesday in a forest to the north of Bet Shemesh, near the Latrun Monastery. Residents of Neve Shalom -Wahat al-Salam, a mixed Jewish-Arab settlement, were evacuated but fire crews extinguished the fire by early Tuesday. Residents returned to their homes around mid-day.

Shortly after 10 pm, fire officials reported that a brush fire broke out near the southern Israeli city of Kiryat Gat, 20 kilometers east of Ashkelon. Fire crews from both cities reported to the site.

The dairy barn and the chicken coop of the agricultural community were in flames by nightfall, with the blaze still out of control. None of the kibbutz members or firefighters were injured.

Another brush fire broke out near Kfar Yarka as well.

Andrew Friedman of TPS contributed to this report. 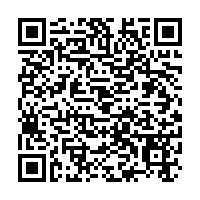