Egyptian-mediated talks between Hamas and Israel for a long-term cease-fire are to begin Saturday night or Monday morning, half-way through the five-day extension of the previous 72-hour cease-fire that followed the previous humanitarian cease-fire, all of which were punctuated by rocket fire from Gaza.

You can’t keep up with this game without a scorecard, or make that two scorecards because of the extra innings. Every cease-fire, even the one that ended last night and was extended at the usual last minute, has been broken by rocket launches followed by IDF retaliation.

The Jewish Press asked Mark Regev, spokesman for Prime Minister Binyamin Netanyahu, if that policy still is in effect.

“Definitely,” was his one-word answer. Copy, paste and save in “favorites.”

Gaza terrorists were not able to hold on to their rockets for 72 hours in this week’s cease-fire. Nearly three hours before its expiration midnight Wednesday, three rockets were launched at Israel, followed by another volley a couple of hours later.

Hamas claims it did not break the cease-fire. “They did it,” was their explanation, “they” meaning Islamic Jihad, or ISIS, or AL QAEDA, or PFLP, or the Popular Resistance Committees, or Mohammed what’s-his-name from Kahn Yunis who started up his own terrorist gang.

Hamas also has used the excuse of “they did it” to explain cease-fire failures. That also is an admission that Hamas does not have such a firm grip over Gaza, or simply is letting others do what it would like to do.

As reported here Wednesday, Hamas apparently is continuing to manufacture rockets, destined for Tel Aviv and Ben Gurion Airport, during the halt in violence.

Hamas can hold on to rockets without firing them about as long as a child can keep chocolate in his pocket.

It would seem that Hamas has everything to lose if it breaks the cease-fire, or even if it claims a rival or cooperating terrorist group beaks it. But Hamas is not interested in a cease-fire, which is only one more tool for it to try to maneuver Israel into an indefensible corner.

The IDF managed to destroy almost all of the terror tunnels in the war. As for rockets, the good news is that it wiped out perhaps more than half of its arsenal. The bad news is that there are many more that were not destroyed, and, as noted, Hamas still is manufacturing them.

If Hamas can get thought Saturday night without even one little rocket, one that usually explodes in open area but also can kill a few people in one explosion, the next round of charades will begin.

That leaves about two days before the official end of the current cease-fire. Hamas has almost never been able to stop attacks before the end of truces, cease-fires, “calms,” “hundas” or whatever it wants to call them.

It always wants to show that it can have the last word.

If it tries that game again, will Israel walk out? 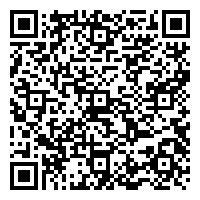