An Israeli Arab car thief hit six people in his attempt to escape justice on Tuesday, including a police officer, and damaged three cars as well — one of them a police car.

Israel Police say the stolen car was driven from the center of the country, and made it to the gates of the Jewish community of Kedumim on Route 55 Tuesday afternoon, but didn’t make it any farther.

A police barrier placed at the junction leading to the entrance of the community failed to stop the car thief, whose vehicle struck a police car and then two other vehicles in the suspect’s attempt to escape justice.

But the runaway finally stopped after hitting a safety railing.

A police officer and a civilian were injured in the incident and were taken to a hospital for treatment. Four Arab passengers were also injured, according to the Red Crescent emergency medical service.

The suspect – a 19-year-old Israeli Arab resident of Taibeh – fled the scene but was captured shortly after by the security officer and patrol from Kedumim. He was arrested and transferred to security personnel for questioning. 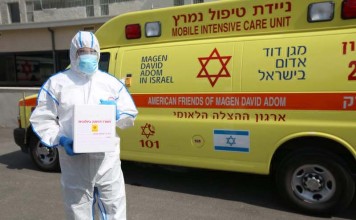 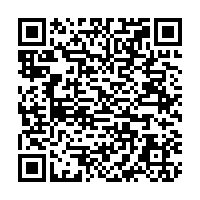