The UN Dept. of Public Information held a three-day media seminar in Pretoria, South Africa, earlier this month, on peace in the Middle East, with the stated goal of bringing together “politicians, academics and other experts exploring new ways to narrate the complex and evolving story of the Israeli-Palestinian conflict,” relates a press release from Israeli UN Ambassador Danny Danon, but “no official Israeli representatives were invited to participate.” Instead, “the current Palestinian representative to the UN and their former representative to the European Union both took part in the seminar,” the Danon statement said.

“Moreover, most of the speakers at the event are known for their anti-Israel views including Professor Steven Friedman from the University of Johannesburg who attacked Israel and defended the BDS movement,” Danon complained, adding that “other officials affiliated with the BDS movement took part in the seminar and were quoted on the official UN website.”


Ambassador Danon wrote a letter to Secretary General Ban Ki-moon harshly criticizing the fact that the UN sponsored an anti-Israel event: “The UN has a moral obligation to act in accordance with the values and purposes of its charter, and events like this undermine the integrity and impartiality of the UN,” he wrote, saying “it is unfortunate that approximately 6.5 million dollars annually are diverted from those in dire need of humanitarian assistance to bodies whose only function is to serve as public relations departments for the Palestinian cause.”

Ambassador Danon also noted that “BDS is a notorious anti-Israel movement, which is conducting a global campaign of misinformation and outright slander against my country. Such activity against a member state ought not to be promoted by the UN.” 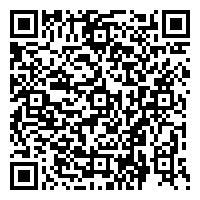