U.K. Prime Minister Boris Johnson’s Conservative government has resolved to pass legislation that will stop public bodies from adopting anti-Israel boycott resolutions in the United Kingdom. The proposed legislation was outlined in the Queen’s Speech, an annual ceremonial address on May 10 that opens parliament and which sets out the government’s legislative priorities.


The bill’s purpose, according to a government summary, is to stop public bodies from engaging in boycotts and prevent them from “adopting their own approach to international relations.”

The summary noted that boycotts politicize public institutions, erode “community cohesion” and “overwhelmingly target Israel,” contributing to the “horrific rise in anti-Semitism in the U.K.—including Kosher food being removed from supermarket shelves, Jewish films being banned from a film festival and a student union holding a vote on blocking the formation of a Jewish student society.”

The Conservative Party has shown a determination to put an end to such boycotts. In Sept. 2016, under Prime Minister Theresa May, the government introduced regulations, or “guidance,” to stop local councils from making politically motivated pension fund decisions against Israel or U.K. defense companies.

However, in April 2020 the Supreme Court of the United Kingdom struck down those regulations in a case brought by the Palestine Solidarity Campaign (PSC), a pro-BDS group.

“Pro-Palestinian activists were successful in securing a Supreme Court ruling in the United Kingdom saying that the advice from the conservative government was unlawful and that local councils had the right to take these kinds of decisions,” said Toby Greene of the political studies department at Bar-Ilan University. “Since then, the conservative government has said that it would propose legislation to enforce its position that local councils should not be able to make such decisions.”

Robert Festenstein, legal counsel for Jewish Human Rights Watch (JHRW), an organization formed in 2014 to stem the “rising tide of anti-Semitism in the U.K.,” and which played a key role in pushing the government to take action against local councils, told JNS he expects the bill could pass before the summer recess in July.

“The Conservative Party has been enormously supportive of the Jewish community and they have made it very clear to us repeatedly that they think that the rise in anti-Semitism in the U.K. is a matter of very considerable concern,” he said.

JHRW put a spotlight on local council boycotts by filing suit in 2015 against the Leicester City Council, which in 2014 targeted goods from Jewish settlements in Judea and Samaria.

“Our claim was based upon our view that the debate which has taken place in the council chamber amongst the councilors had not complied with their obligations under what is called the public sector equality duty,” said Festenstein. “What that means is they’ve got to make sure that nobody is disadvantaged by the actions that they take. … We were saying that they failed to do this when they had this debate, that is, to think about the impact this resolution would have upon the Jewish community.”

Although JHRW lost the case and subsequent appeal, “It wasn’t the great victory they thought it was because after that we turned to the conservative government to say to them, ‘Look, this is ridiculous. We can’t always be arguing with local authorities when they say they want to boycott Israel, which is a country 2,000 miles away and has nothing to do with local politics,’ ” said Festenstein.

Ian Jade, a spokesman for JHRW, told JNS that the proposed legislation will be an effective tool “because it sends a signal for democracy and decency that it’s no longer acceptable in this day and age to use boycotts against Jews and against Israel.”

“It draws a line in the cement that says we’re not going to put up with this. It’s up to the government to decide foreign policy, not a group of organizations with clear links to Holocaust deniers,” he said, referring to the anti-Israel groups pushing local councils to boycott Israel, particularly the aforementioned Palestine Solidarity Campaign. “We made a series of reports on PSC and we clearly showed that the membership was full of Holocaust deniers,” he added.

JHRW focused its efforts on BDS when it recognized that “there’s never been an organization such as BDS that acts globally with one set of strategies. BDS is unique insofar as it moves as one single organism across the world, and its aim really is to harm Jews, because it can’t take on the Israeli state. It contaminates Jewish life by essentially blaming Jews for the rights or the wrongs of Israeli government actions,” he said.

“At the heart of all of this isn’t Israel,” he said. “This is another form of Jew-hate coming down through the years. These people would still exist without the State of Israel.” 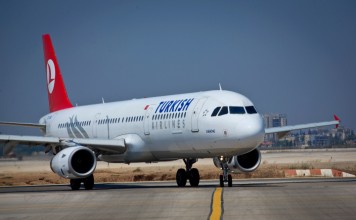 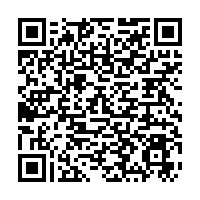