Shipments of food supplies from Israel, bearing the names of well known Israeli brands, have been the source of much strife in Arab media and Arab social networks, most likely because this is the month of Ramadan, when Muslims fast during the day and think about food more often than usual. The provisions, including packaged rice and wheat, reach the Al-Quneitra district, which is dominated by the Syrian opposition. But while some rebel groups welcome the Israeli support, other groups, some of which are affiliated with President Assad’s regime, have attacked the initiative, saying that “it’s an insult to receive food from the Zionist entity which is oppressing the Golan.”

The Golan Heights, a hilly stretch overlooking lake Kinneret and Israel’s civilian communities, used to be the spots from which Syrian soldiers would target Israelis down below like fish in a barrel for 19 years, until Israel put an end to the madness by capturing the hills and denying the Syrians their target practice.


Pictures of the Israeli food products have reached the London daily Al-Quds Al-Arabi, which cited a source on the ground in southern Syria that claimed Israel has been supporting the rebel groups there since 2013, after Jordan had closed off its Syrian border. Obviously, the groups who don’t get to share in the Israeli made rice, wheat, tea and Canola oil describe the haves as traitors and Zionist collaborators.

Revolutionary Military Council in Quneitra and the Golan last week issued a strong condemnation that went: “We condemn the insult our people have sustained in the liberated Al-Quneitra district in the form of food supplies awarded by the Zionist entity which is repressing the Golan which was sold out by the regime.” The RMCQ was particularly upset because the revelation of the Zionist food supplies came close to the part of the year when the anniversaries of the 1948 and the 1967 wars take place, in May and June respectively.

Al-Quds Al-Arabi cited a local activist who said the food is being hauled into Syria by members of the Free Syrian Army, after they deliver their wounded to hospitals south of the border, in Israel. It appears there are many Syrians who are delighted and grateful that Israel has been so supportive. Fahd Al-Mousa, head of the liberated Quneitra district council told the newspaper that only Israel has been a reliable ally for his people.

“Since the beginning of the Syrian revolution we haven’t found a way to bring the injured and hurt into any Arab country,” Al-Mousa stated, adding that only Israel has opened its gates to them. “And there are packages of medicine, milk for babies and additional foodstuffs that enter the district from Israel,” he said. Compared with Israel’s consistent support, he said, help from the gulf emirates had been sporadic.

Motti Kahane, president of the humanitarian organization Amalia, told Ynet that in southern Syria there may be more than 50 different rebel groups, each of which runs its own fundraising and receives its own supplies from five different countries. Amalia would like to serve as a go between for all the donated goods and food that come in, and to dispense them fairly and equally through the Quneitra crossing between Israel and Syria, which is normally closed. 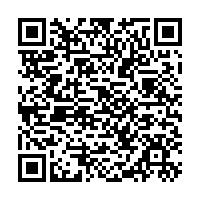