It’s Book Week in Israel, and I would like to ask a question. Why are so many Jewish writers in America screaming Leftists? Why do they consider their Israeli brothers “occupiers,” and champion the Palestinian cause? To be honest, I don’t follow the American literary scene anymore, but it seems to me that the Jewish writers who make headlines are the ones who take cheap shots at Israel and Jewish tradition. The novelist, Jack Engelhard, is just about the only American Jewish writer I know who still has his head on straight, and his heart in the right place, even though he’s a Jew in America.


When I was living in America, the big Jewish writers were Arthur Miller, Norman Mailer, Joseph Heller, Philip Roth, and others whose names I’ve forgotten. Arthur Miller was a great writer but he bit into the American Dream so much, he married Marilyn Monroe- the goddess of gentile America. Norman Mailer had eight gentile wives – no kidding. That’s really making it big! To the best of my knowledge, Joseph Heller’s two wives were gentile as well. One of his novels was a rowdy satire about King David, which I am sure he regretted having penned when he went up to novelist’s Heaven. Philip Roth opted for a gentile wife too. His nasty novel about a Jewish son who hated his overbearing Jewish mother was a huge bestseller. Apparently lots of Jewish children felt that way, as the number of copies sold attests. Too bad. After all, it does say, “Honor thy father and mother.” For Roth’s sake, I hope he publishes a retraction before he leaves this world. After all, Mrs. Portnoy wasn’t to blame for being so neurotic. She was a Jew in America, in a country she didn’t belong, trying to fit in to the foreign gentile culture around her – naturally she was schizophrenic and worried for her son. But Roth, like all the other American Jewish writers, didn’t know that the average Jew in America pops uppers and spends time on the couch precisely because he or she doesn’t belong in America to begin with. Even the Jewish writer, Isaac Bashevis Singer, who married a Jew, and wrote a wonderful novel about a baal tshuva, called “The Penitent,” ended his tale with an unusual author’s disclaimer, insisting that the hero of the novel was not, by any means, a self-portrait, and that he himself didn’t believe in Judaism at all.

In those days, the Palestinian issue didn’t dominate the news, so American Jewish writers took out their frustrations and guilt on the Jewish religion and on being

Jewish, as if that was a big scandal and sin. Now the self-hatred of Jewish writers has been projected away from themselves onto the State of Israel. Now that they have successfully assimilated out of being Jewish, they vomit their inner angst out on Medinat Yisrael.

This Book Week don’t waste your money on their dribble. They may know how to put sentences together, but not every writer with a Jewish mother is a Jewish writer. Jewish readers, beware! 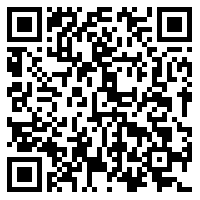