Rabbi Cardozo’s Take On Judaism (I)

I  must question Rabbi Nathan Lopes Cardozo’s take on Judaism as portrayed in your interview with him (“Judaism Beyond the Commandments,” June 10).


While I think his inquisitiveness is stimulating in many ways, in my opinion it is also well beyond the pale of authentic Orthodoxy. He seems oblivious to the fact that each generation looks to the preceding one for direction as to what God expects of them as revealed in the halacha – and that this is based on the belief that earlier authorities are superior in knowledge and wisdom to later ones.

I find it astonishing that Rabbi Cardozo acts as if he operates on a blank slate. Obviously he knows there were tannaim, amoraim, rishonim, and achronim that came between the Chumash and him. How then can he possibly suggest a meaning to a biblical verse that was construed otherwise by all of them?

And while I don’t challenge his bona fides, I get the uncomfortable sense that at least some of his views border on what non-Orthodox groups have urged for years. I am particularly disturbed by his position on codes of Jewish law, like that of the Rambam’s, because they tend to suggest finality as opposed to what he says is supposed to be a process.

I also find hard to understand his railing against any resort to the so-called Shabbos goy. Where is the evidence that this practice is resented by non-Jews? Rabbi Cardozo offers none. In fact, the opposite seems true. Former Soviet premier Nikolai Bulganin was a “Shabbos goy,” and so was former New York governor Mario Cuomo. Both spoke of their experiences with great fondness – a sentiment shared by many other prominent non-Jews who helped Jewish friends and neighbors in similar fashion.

What a breath of fresh air, much needed today for the good of the future of Judaism. Bravo to Rabbi Cardozo.

Rabbi Cardozo’s words are those of a brilliant Jewish thinker and great rav. That there are so few voices like his is the tragedy of our time.

While I know of no Jew who wouldn’t want to see an Israeli soldier released from Arab captivity after having defended his country, the Arabs released by Israel are avowed terrorists.

If Israel agrees to future prisoner exchanges, why not one for one instead of a thousand for one; in addition, whatever happened to not releasing terrorists with “blood on their hands”?

Kudos to Gov. Andrew Cuomo for taking a stance against the vicious, bigoted, and hateful BDS movement against Israel (Jewish Press, June 10).

The BDS movement is nothing but economic terrorism. The movement’s purpose is to destroy Israel, and BDS activists echo the false and malicious accusations against Israel spewed by just about every Palestinian terrorist murderer.

The fact that there is such a massive Arab population in Israel that has the freedom to leave at any time yet chooses to stay in Israel rather than move to Arab countries puts the lie to the claims of Israel’s “mistreatment” of Palestinians.

‘Odor’ At The Times

That The New York Times detects the “strong odor” of hypocrisy in a 20-year-old accommodation for separate women’s swimming hours in Williamsburg is just the latest in a pattern exposing the precipitous decline in the journalistic integrity  of the Times (editorial, June 10). 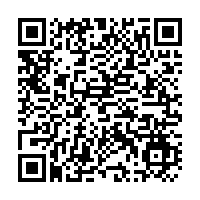