According to a press release statement, Beijing Xinwei Technology Group is buying Spacecom and will integrate it into an existing Luxembourg company called Luxembourg Space Telecommunication S.A., which will be the legal purchaser of Spacecom. After the acquisition is complete, Spacecom will become a private company, but its debentures will continue to be traded on the Tel Aviv Stock Exchange.

The merger requires shareholder and regulatory approval before it can be finalized. According to Space News, the transaction’s terms are pending the successful entry into service of Spacecom’s Amos-6 telecommunications satellite, built by Israel Aerospace Industries and scheduled for launch Sept. 3 aboard a SpaceX Falcon 9 rocket.

The price being paid is a 30% premium on the share’s market price, according to Globes. The deal reflects a premium of 41 percent to Spacecom’s average stock price in the past month, according to Reuters.

Spacecom Chief Executive David Pollack said in a statement that the “global market of communication satellites is undergoing a consolidation process, enabling the merging companies to improve their competitiveness,” and so “further to contacts with various entities, the negotiations with the Beijing Xinwei Group matured into this transaction, reflecting a substantial premium on the market price.”

Pollack noted that “Beijing Xinwei is a strategic partner, expert in the field of telecommunication, planning to expand its business in the communication satellites field. The merger will provide the Company with financial strength, and will enable further development and growth. The transaction is performed in accordance with Space Communication’s license terms, stipulating, inter alia, that the satellites will be operated from Israel, and that the Company shall remain an Israeli company, regardless of the identity of the shareholders of the Company.” 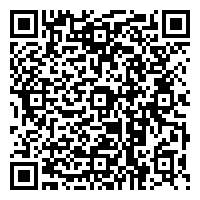