The arrests took place during operations in Judea and Samaria.


One of the suspects was taken into custody during an operation in the Arab village of Ein Umm a-Shrait, south of Ramallah in the Palestinian Authority-controlled area of Samaria.

A second fugitive was captured in the Arab town of Tzurif in Judea, southwest of the Jewish town of Bat Ayin. Tzurif is known as a Hamas terrorist stronghold.

The third suspect was arrested in the ancient Judean city of Hebron, whose population is today divided between Arabs and Jews, and where several terrorist groups maintain their regional headquarters.

All three suspects were transferred to security personnel for interrogation.

In addition, during the night, IDF soldiers from the Kefir Brigade found weaponry near the Qalandiya crossing. The gun and its related hardware were turned over to security personnel for investigation. 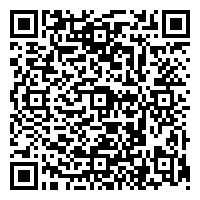