Developers of the mammoth Leviathan natural gas field beneath Israel’s Mediterranean coastal waters have inked a deal with Egypt. It’s a deal that has had Israel’s government — and that of Cairo — holding their collective breath for months.

Leviathan will start pumping the natural gas to Egypt beginning in 2019 or 2020, for up to 15 years, according to the agreement. The price of the gas includes a floor price and is to be linked to the cost of Brent oil, Reuters reported.


The Leviathan developers and Egypt’s Dolphinus Holdings agreed in last week’s letter of intent to negotiate the terms on the final deal.

Natural gas will be pumped from Leviathan to the Dolphinus Holdings via an existing underwater pipeline, Dolphinus and the Leviathan developers said in a statement to the Tel Aviv Stock Exchange (TASE).

The pipeline was built nearly 10 years ago by East Mediterranean Gas (EMG) when gas was being piped from Egypt to Israel. At the time, EMG had been managing an Egyptian-Israeli gas agreement. But that deal collapsed in 2012 after unending terrorist attacks ended the flow in the gas pipeline that ran through the Sinai Peninsula.

Leviathan, which holds an estimated 622 bcm of gas, is being developed by the Texas-based Noble Energy and Delek Group through Delek Drilling and Avner Oil and Gas. Dolphinus represents Egypt’s non-governmental, industrial and commercial consumers.

“We’ve worked with Dolphinus before and we expect to reach a final agreement quickly,” Yossi Abu, CEO of Israel’s Delek Drilling told Reuters.

“The Egyptian market is thirsty for gas, both for domestic use and for their export facilities. There is a lot of room for cooperation there.”

Dolphinus already agreed earlier this year to a seven-year deal to purchase at least $1.2 billion of natural gas from the Israeli Tamar gas field.

Leviathan is located close to the Tamar field. Cyprus also has a role in some gas field development with Israel as well; the two countries share a common basic with Egypt which gas discoveries have been made.

In addition, the Italian company ENI announced in August of this year that it had discovered one of the largest gas fields in the world off Egypt’s Mediterranean coast. The reserves are estimated at about 30 trillion cubic feet of natural gas, the equivalent of about 5.2 billion barrels of oil.

Abu noted that the discoveries, together with Egypt’s cooperation, have created a natural leadership role in the region for Cairo.

“Egypt is becoming a regional hub through cooperation with the Leviathan and Tamar partners, and together with Israel and Cyprus,” he said. 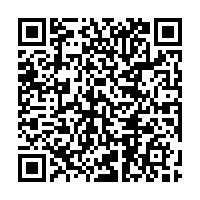