Israel is trying out its latest technology along the Gaza border as the IDF seeks new ways to protect its military forces as well as its civilian population from terror attacks.

But the IDF first introduced the Guardium Unmanned Ground Vehicle (UGV), which patrols the Gaza fence around the clock, in December 2012. “The most important aspect of the Guardium is that it saves human lives — and money, too,” said Lt. Avidav, Head of the Guardium Division, in a post on the IDF Blog.

The Ford F-350 pickup trucks are unarmed, and are driven by operators using a steering wheel, joystick and pedals in a remote control room. The trucks became operational in February 2016, but still require operators to navigate around obstacles in the road.

However, the IDF is looking ahead to the day the vehicles will be completely autonomous, right down to dodging obstacles in the road, according to a report on the Fox News website.

There are plans to eventually add a weapon as well, although the machine gun will not be autonomous. The vehicles can also be driven in the traditional manner. 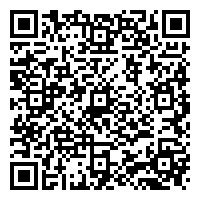