Political, civic and religious leaders from across the spectrum are uniting in a groundbreaking effort to secure school lunch options that meet the religious dietary requirements of Muslim and Jewish students in New York City’s public schools.

Lawmakers and advocacy groups will host a gathering at the steps of City Hall in Manhattan at 12 noon on Tuesday (Sept. 6) calling for lawmakers to support Senate Bill S1032.


The measure, sponsored by New York State Senator Tony Avella (D-Queens) would ensure the availability of Halal and Kosher lunch options for every New York City public school with 25 percent or more students from a faith community with dietary restrictions.

“The population of residents in cities like New York City who practice a religious faith with specific dietary restrictions is rising,” he noted. “Offering students these types of food options during lunch not only accommodates their dietary restriction but also enhances students’ awareness and respect for diversity in cultures, religions and ethnicities.”

NYS Assemblyman David Weprin said he strongly supports the proposed measure. “As the Assembly member who represents one of the most diverse districts in the city, I am glad to support any initiative the brings kosher and halal food options to our New York City public schools.”

Dr. Ivan Khan, CEO of Khan’s Tutorial, added, “We strongly support the inclusion of both halal food and kosher food in NYC public schools. It is long overdue that city and school officials are able to serve the Muslim and Jewish communities that our amazing city has to offer.”

Donald Nesbit, Executive Vice President of Local AFSCME, and founder of the Bronx Educators United for Justice organization commented that as an ESL teacher, he has seen students refuse to eat until they get home from class, “or smuggle in food from home. Not being properly nourished impacts student attention, comfort, mood and engagement. NYC Department of Education schools should offer choices in keeping with Kosher and Halal requirements. It would go a long way to show these students they are respected and accepted, not just tolerated.” 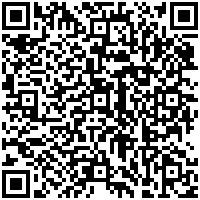