The Israeli–based web platform company Wix has unveiled its commercial to be aired during the Super Bowl football game this Sunday.

Wix’s message is that it offers a web solution for every business or even individuals who want to create a website.


The 30-second spot will cost Wix approximately $4.5, and a longer version of the commercial can be seen below.

The commercial invites viewers to relax after the big game on Sunday take a vacation at the Israeli Fattal chain’s luxury Herods hotels. 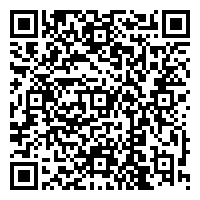