All-female Kurdish units including hundreds of women were part of forces backed by American bombing raids in the takeover of the Mosul Dam from Islamic State (ISIS) terrorists, who captured it two weeks ago.

If you control the Mosul damn, you can threaten just about everybody — a very substantial part of Iraq — with flooding, with lack of electricity, with lack of water,” Daniel Pipes told CNN after ISIS commandeered what has often been called “the most dangerous dam in the world.”


Kurdish women have said that their presence in the fighting scares ISIS terrorists, who not want to go through the agony of being killed by a woman, running their chances in the after-life.

“The jihadists don’t like fighting women, because if they’re killed by a female, they think they won’t go to heaven,” said one Kurdish woman fighter.

The approximately 550 women fighters have trained in grueling summer heat to prepare themselves for the fight against ISIL. 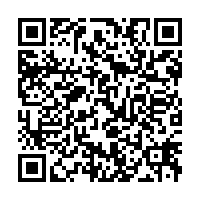