Italian Prime Minister Matteo Renzi has sent a message to Prime Minister Benjamin Netanyahu, quietly asking him to reconsider his choice for Israel’s ambassador to Rome.


Nirenstein was appointed to the post by Netanyahu last August. Sources in the Italian foreign ministry and Renzi’s office both said they do not wish to create a crisis over the issue, but they have expressed concern, according to a report published in Haaretz.

A right-wing member of the Italian parliament from 2008-2013, Nirenstein served as the deputy head of the foreign affairs committee after a career as a journalist. She moved to Israel three years ago, but her son still serves in a senior position in the Italian intelligence arena.

The Italian government has said it will not strongly oppose the appointment if Netanyahu insists. But the question of Nirenstein’s duality and her knowledge of sensitive Italian government information makes things awkward for Rome. As a former MP, she receives an Italian government pension and will continue to do so, even after becoming an Israeli ambassador.

In addition, there are concerns by the Italian Jewish community about the way her appointment might impact on their own lives. Might their fellow Italian citizens or government officials begin to question their own loyalty as a result of Nirenstein’s new role? 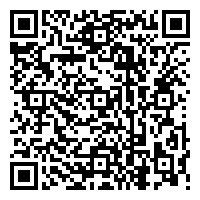