Legendary Jewish comedian, 87-year-old Joseph Levitch a.k.a. Jerry Lewis, was at the 66th international Cannes film festival along with his new film, Max Rose, written and directed by Daniel Noah, in which Lewis plays a widowed jazz pianist who discovers that his late wife may have been in love with another man.


“It bothers me,” said Lewis, who in the past said he had trouble with the idea of would-be mothers doing “shocking” material.

When Lewis was asked who were his favorite female comedians, he named Cary Grant and Burt Reynolds, but then quickly added: “I don’t have any.”

According to the Guardian, Lewis turned serious when a reporter asked why he never allowed anyone to see his legendarily disastrous concentration camp comedy The Day the Clown Cried, which he wrote and directed in 1972 but never released.

“I thought the work was bad,” Lewis answered bluntly. “I lost the magic, and that’s all I can tell you. No one will ever see it, because I’m embarrassed… I believed in the work and the way it should have been, and it wasn’t.”

Jerry Lewisg was born in Newark, New Jersey, to Russian Jewish parents. His father, Daniel Levitch, was a master of ceremonies and vaudeville entertainer who used the professional name Danny Lewis. His mother, Rachel (“Rae”) Levitch (née Brodsky), was a piano player for a radio station. Jerry started performing at age five with his parents in the Catskill Mountains. 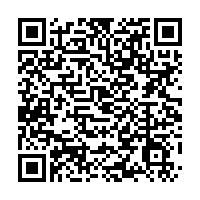