A terrorist stabbed one person near Damascus Gate in the Old City of Jerusalem Saturday night, and other terrorists threw a firebomb at a bus near Nevi Yaakov in northern Jerusalem and a pipe bomb at Rachel’s Tomb.

Police clashed with rioters after the stabbing, according to Israel News Feed. Arabs hurled rocks at cars, wounding at least one person, and police carried out one arrest as of midnight Saturday.


The condition of the stabbing victim is not known, but he is believed not to have suffered serous wounds.

There are no known injuries in the firebombing of the bus and from the pipe bomb that was thrown towards Jews visting Rachel’s Tomb (Kever Rachel) near Bethlehem.

In Judea and Samaria, Palestinian Authority terrorists hurled rocks at passing Jewish motorists near Dolev and in the same region where one or more terrorists murdered Daniel Gonen and wounded a companion while they were hiking. Gonen was buried in his home city of Lod, near Ben Gurion Airport, Saturday night.

The terrorist fled on foot but is believed to have been whisked away from the area in a car, leading police and the IDF to believe he did not act alone.

They also estimate that the attack was planned and was not a spur of the minute attack.

Palestinian Authority terrorists usually are more motivated during the Muslim month of Ramadan, which began Thursday. They have an added incentive because this month is the anniversary of the kidnap-murders of three yeshiva youth, whose attackers were located and killed in a shoot-out with the IDF last September. 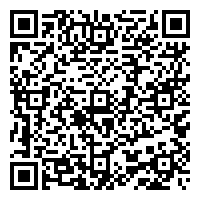