Jerusalem’s Light Rail cars are reduced by one third due to Arab intifada attacks, also referred to as ‘travel terror’ or ‘rock attacks.’

“Due to continued and repeated rock-throwing that inflicts damage to the trains, this morning we only have 16 operable trains out of a total of 23,” the CityPass company that operates the line announced Sunday morning (Sept. 7).


“What that means is that fewer than needed trains are active on the line, and the frequency of trains throughout the line will be harmed,” the statement continued.

The line has become a favored target for Arab terrorism particularly in the northern Jerusalem neighborhood of Shuafat, where three stops were totally destroyed at the start of the summer. It took weeks before the infrastructure and the furnishings could be properly repaired.

The riots spiked over the murder of an Arab teen who lived in Shuafat that followed by a day the discovery of the bodies of three Israeli teens who were kidnapped and murdered by Hamas terrorists. It was later revealed that three suspects in the Arab teen’s murder were mentally ill, including the main suspect who was a man in his 20s, with a history of severe psychiatric disturbance.

Since that murder, Arabs have rioted regularly in that neighborhood and nearby Beit Hanina, hurling rocks and firebombs at the Light Rail as it passes through the area. Each time a car is damaged or a window smashed, the repairs cost thousands of shekels and it takes days or weeks before the cars are returned to service. Passengers are traumatized and several times service has been curtailed at stops terminating before the area.

This leaves passengers in the northern Jerusalem neighborhoods of Pisgat Ze’ev, Neve Yaakov and elsewhere without service.

The increasing phenomenon of ‘travel terror’ aimed at the Light Rail – and its accompanying phenomenon, ‘road terror,’ in which rocks and firebombs are hurled at vehicles traveling along roads throughout Israel – can be deadly.

Last month a young father from the southern Hebron Hills was critically injured in a Judea road terror attack near El Aroub, on Highway 60, while driving with his wife and baby daughter. A couple of years ago Kiryat Arba resident Asher Palmer and his baby son Yonaton died exactly the same way, on the same road, just a few miles south.

Security personnel and professional drivers all know: rocks and firebombs (Molotov cocktails) hurled at moving vehicles are as lethal a weapon as gunfire or rockets. 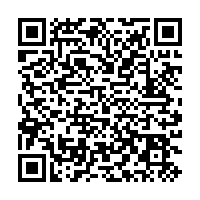