It’s a park like no other in the holy city of Jerusalem — so different, in fact, that the municipality received the 2016 Designers Award for this stunning island of urban serenity.

The award came from Ot Haltzuv, a consortium of designers and architects. Undoubtedly the enchantment of the gazelles ensnared them all.


You can stroll over a wooden bridge to an island to watch the birds, or sit by a pond and contemplate the ripples in the water. It’s quiet, and peaceful.

The park stretches over 250 dunams of land and features five natural and man-made ponds. There are also two flowing streams and areas to watch the birds and other small creatures like chipmunks and such – a manmade island that can be reached by way of wooden bridges.

There are dozens of wild gazelles roaming free, after whom the park is named.

This approach, applied nowhere else in Israel, stresses the importance of creating a ‘green lung’ composed of natural greenery. The park hosts a variety of animals and birds, all to be enjoyed by city residents as well as visitors from Israel and abroad.

“The park’s guiding principle is revolutionary in terms of Israeli urban public spaces – a nature reserve in the middle of Jerusalem,” Mayor Nir Barkat said at the opening of the park last month.

“Gazelle Valley is one of the biggest and most important Jerusalem projects in recent years, representing above all community involvement in the city and the power of joint brainstorming and planning by City Hall and residents.

“For us, the Gazelle Valley project represents the direction in which we want to take the city: developing Jerusalem’s green spaces together and in partnership with the community and with the backing of many municipal entities working to enhance the environment and protect Jerusalem’s natural assets.”

If you’re in Israel and looking for something to do during the intermediate days of Passover, check out the new Gazelle Park in Jerusalem. It’s located in the city’s southwestern corner at the foot of Highway 50 (Begin Boulevard) and Pat Junction.

You won’t be disappointed. 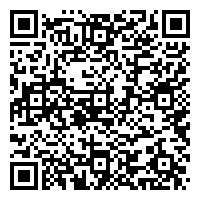