This week’s purchase of The Washington Post by Amazon’s Jewish CEO Jeff Bezos is not the first time a Jew has bailed out the newspaper.


In 1933, the Jewish investor Eugene Meyer rescued the Post from bankruptcy, acquiring it at auction at the height of the Depression. For the next 20 years, he worked to turn the struggling daily into a profitable and reputable cornerstone of the American media.

Meyer had already made headlines for his political prominence. In 1930, JTA reported his appointment to the Federal Reserve Board with the headline: “Unusual Honor for [a] Jew.”

During the same period, Herbert Hoover personally thanked him for the “high qualifications and sense of public service” that marked his tenure as Farm Loan Commissioner.

Meyer served as chairman of the Washington Post Company until his death in 1959, taking only a short break, in 1946, to serve as the first head of the World Bank. The Post was presided over by his family for four generations. Meyer’s daughter, Katharine Graham, a legendary Washington socialite and one of the first women in America to attain prominence at the helm of a media organization, was publisher during the Watergate era, when the Post helped bring down Nixon. 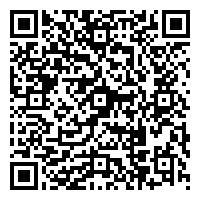