Some 200 Arabs and Jews demonstrated together Sunday night at the Gush Etzion junction on Highway 60 in Judea.

The intersection is an important one for more than one reason: in addition to its position as the turnoff leading to most of the area’s Jewish communities in the region, it also leads to the Rami Levy Supermarket just a few hundred meters away.


If ever there was a perfect example of what an apartheid state is NOT, the Rami Levy store in Gush Etzion most certainly would be it.

Observant women from the Jewish and Muslim Arab communities both work and shop in the store, as do observant men from both worlds. There is a walkway around the building where Muslims often step outside to pray to Allah and there is a synagogue within the store where Jewish men gather for the required quorum of 10 (a minyan) three times a day when needed.

The synagogue also conveniently doubles as a bomb shelter when less friendly or socially advanced Arab neighbors from south of the border (read: Gaza or Sinai) send rockets flying in the direction of the store.

Most of the people who shop at Rami Levy – and those who live in the area – have managed to get along quite well. They have no interest in murdering each other, nor do they support the calls to “Days of Rage” or “Price Tag” attacks they hear from others.

In response to last week’s horrific firebombing attack on a small family in the Arab village of Duma near Shechem, Jewish and Arab organizers decided it was time to speak out.

Late Sunday afternoon, some 200 people answered the call to rally at the Gush Etzion junction to show their solidarity with the wounded family and others who have been the victims of terror over the past several weeks.

Opposition faction member MK Yair Lapid, chairman of the Yesh Atid party also participated in the rally, according to one of the organizers.

Tensions in the region are high and those who speak out to condemn others in their communities – especially those in the Arab community – face a very high risk, regardless of whether they are condemning crimes or not.

It takes extraordinary courage for a Muslim leader, someone like Sheikh Ibrahim Abu Hawa, to step into the media spotlight and risk a sniper’s bullet to speak in favor of co-existence with Jews in Judea and Samaria. To speak of peace. To bless a crowd.

Many rabbis and many Jews speak of peace and speak against hate. Few Arabs have the courage to do so, in part because the price exacted from them by their own people is so much higher and more deadly.

This writer salutes an Arab leader who has gripped the courage of his convictions and stepped up to the podium to lead his people not only with words, but actions as well.

Perhaps it will be through this demonstration of true faith in the protection of Allah that Islam may someday symbolize peace between peoples for us, too. 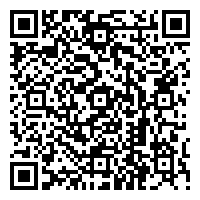