Jewish groups are stepping forward to help more than 100,000 residents of the Fort McMurray area in Alberta, Canada, who were forced to flee their homes in the face of a wildfire that continues to burn unabated.

The Global Leaks news site managed to upload some of the nightmare faced by residents on to YouTube.

The fire was first detected about a week ago, and so far has blazed through an area about 621 square miles wide, about the size of Mexico City. It is now about 18 miles from Saskatchewan, a less populated area, and residents there have been warned to close their windows and doors due to the smoke.

The Calgary Jewish Federation has said it will donate $25,000 from its emergency relief fund to help those who were forced to abandon their homes to the fire.

Other Jewish groups in Ontario and Edmonton are also gathering funds to help the now-homeless refugees living in camps in the oil sands and elsewhere.

Israel’s IsraAid humanitarian aid group has a volunteer on site, and is preparing to send a team to Canada as well, according to the organization.

More than 500 firefighters are battling the blaze with air tankers, helicopters and other heavy equipment.

It could be “months” before it is brought under full control, officials said. The fire is expected to be the most expensive natural disaster in Canadian history, with insurance costs alone already running into billions of dollars, according to the BBC.

Some 1,600 homes and other buildings have been lost to the fire so far. The power grid in Fort McMurray is damaged and the water now is undrinkable. Entire neighborhoods are destroyed.

At least 25 percent of Canada’s oil production has been stopped by the fire; the effect on the country’s economy has not yet been calculated. 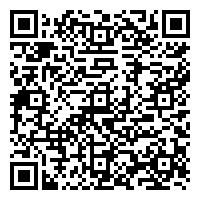