Two Jews have petitioned Jerusalem police in the name of dozens of others for permission to carry out the mitzvah of the Passover sacrifice on the Temple Mount this year, for the first time in nearly 2,000 years.

The petitioners claim that police authorization is the only obstacle to ascending the Temple Mount, praying and offering their sacrifice of a lamb, as commanded in the Torah.


They said 100 Jews will be present and will bring with them a portable sacrificial altar and other equipment as described in the Torah.

Rabbi Menachem Boorstein, who is involved with studies of the Holy Temples, said that the mitzvah of the Passover sacrificial offering can be carried out without violating Jewish law. The Chief Rabbinate forbids Jews from ascending the Temple Mount, while a growing number of national religious rabbis permit it under certain conditions and in certain places.

Even the idea of public asking for permission to offer the sacrifice, let along the act itself. could be enough to set off Arabs to wage an all-out war.

Every time a Jews dares to mumble a prayer on the Temple Mount, Muslim officials and police immediately drag them away.

Hundreds of yeshiva students ascended the Temple Mount on Tuesday, the first day of the Hebrew month of Nissan and two weeks before Passover, to hear a lecture on the holy site and on Passover.

Muslims reportedly clashed with the crowd and beat up one of the Jews, but there has been no official confirmation of the claim that there was no provocation besides the actual presence of Jews, which by itself is enough to send the Arabs into a frenzy.

Below is a video of the peaceful moments the crowed of Jews enjoyed on the Temple Mount. 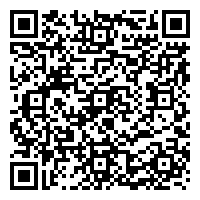