The Anti-Defamation League (ADL) has castigated comedienne Joan Rivers, whose husband’s family lost many family members in the Holocaust, for a “vulgar and offensive” joke on her show the day after Sunday’s Academy Awards Viewing Party.

After German-born supermodel Heidi Klum arrived at the Oscars in a revealing dress, the New York Daily News reported that Rivers commented, “The last time a German looked this hot was when they were pushing Jews into the ovens.” Rivers, as usual, laughed at her own so-called joke, and she later refused to apologize after ADL president Abraham Foxman  scolded her, saying, “Of all people, Joan Rivers should know better.”

Rivers didn’t miss a beat and defended herself by replying, “My husband lost the majority of his family at Auschwitz, and I can assure you that I have always made it a point to remind people of the Holocaust through humor.”

Foxman was aghast. “Making it worse, not one of her co-hosts made any effort to respond or to condemn this hideous statement, leaving it hanging out there and giving it added legitimacy through their silence,” he said.

Rivers and the ADL have gone head-to-head in the past. Last fall, The ADL criticized her for angry remark aimed at Costco for refusing to sell her book, “I Hate Everything…Starting With Me,” by declaring, “Germany is where banning books started, and it can start here just as quickly,” she said at the time. 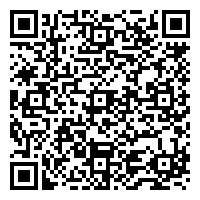