Jeremy Corbyn never replied to a concerned letter about revelations of deep-seated anti-Semitism in the UK Labour party, sent a month ago by Israeli sister party chairman Isaac Herzog, The Guardian reported. Herzog sent his letter after MP Ken Livingstone had been suspended from the Labour party at the end of April for making highly controversial remarks about Hitler and Zionism. Appearing on the Vanessa Feltz Show on Radio London last month, Livingstone said: “When Hitler won his election in 1932, his policy then was that Jews should be moved to Israel.”

Herzog wrote to Corbyn that he was “appalled and outraged by the recent instances of anti-Semitism by senior Labour party officials in the United Kingdom.” Herzog added: “I would like to take this opportunity, in the week leading up to Holocaust Memorial Day in Israel, to invite you to bring a delegation from the British Labour Party to Israel’s national Holocaust museum, Yad Vashem. By doing this, perhaps we can ensure that the anti-Semitism expressed in recent days is not the example to set to British young generation, but rather one of tolerance and acceptance of all people, regardless of faith.”


Herzog also commented: “As someone whose father served in the British army and risked his life fighting against Hitler and the Nazis, the views expressed by Ken Livingstone, the former Mayor of London and member of Labour’s national executive, in which he claimed that Hitler ‘was supporting Zionism before he went mad and ended up killing six million Jews’ were particularly horrific, and unthinkable for a British politician and the 21st century.”

The Guardian cited an Israeli Labor party official who confirmed rumors in the London Jewish community that they had received no reply from Corbyn.

Wes Streeting, the Labour MP for Ilford North, told The Guardian, “It should be a matter of common courtesy to reply to a letter from the leader of one of our sister parties, particularly on an issue as important as tackling antisemitism. But this is fairly typical of the flat-footed and lackadaisical attitude that we’ve seen from the outset. It is simply unacceptable.”

Ian Austin, MP for Dudley North, said he was shocked that his party leader had not sent Herzog a reply.

Corbyn suspended Livingstone, a personal ally, over his comments, and established an independent investigation. He reassured his MPs last week that he was giving this issue a high priority. 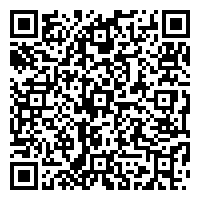